CONTENTSCHAP. I. ANN VERONICA TALKS TO HER FATHER II. ANN VERONICA GATHERS POINTS OF VIEW III. THE MORNING OF THE CRISIS IV. THE CRISIS V. THE FLIGHT TO LONDON VI. EXPOSTULATIONS VII. IDEALS AND A REALITY VIII. BIOLOGY IX. DISCORDS X. THE SUFFRAGETTES XI. THOUGHTS IN PRISON XII. ANN VERONICA PUTS THINGS IN ORDER XIII. THE SAPPHIRE RING XIV. THE COLLAPSE OF THE PENITENT XV. THE LAST DAYS AT HOME XVI. IN THE MOUNTAINS XVII. IN PERSPECTIVE

"The art of ignoring is one of the accomplishments of every well-bred girl, so carefully instilled that at last she can even ignore her own thoughts and her own knowledge."

ANN VERONICA TALKS TO HER FATHER

One Wednesday afternoon in late September, Ann Veronica Stanley camedown from London in a state of solemn excitement and quite resolved tohave things out with her father that very evening. She had trembled onthe verge of such a resolution before, but this time quite definitelyshe made it. A crisis had been reached, and she was almost glad it hadbeen reached. She made up her mind in the train home that it should bea decisive crisis. It is for that reason that this novel begins withher there, and neither earlier nor later, for it is the history of thiscrisis and its consequences that this novel has to tell.

She had a compartment to herself in the train from London to MorningsidePark, and she sat with both her feet on the seat in an attitude thatwould certainly have distressed her mother to see, and horrified hergrandmother beyond measure; she sat with her knees up to her chin andher hands clasped before them, and she was so lost in thought thatshe discovered with a start, from a lettered lamp, that she was atMorningside Park, and thought she was moving out of the station, whereasshe was only moving in. "Lord!" she said. She jumped up at once,caught up a leather clutch containing notebooks, a fat text-book, anda chocolate-and-yellow-covered pamphlet, and leaped neatly from thecarriage, only to discover that the train was slowing down and that shehad to traverse the full length of the platform past it again as theresult of her precipitation. "Sold again," she remarked. "Idiot!" Sheraged inwardly while she walked along with that air of self-containedserenity that is proper to a young lady of nearly two-and-twenty underthe eye of the world.

She walked down the station approach, past the neat, obtrusive officesof the coal merchant and the house agent, and so to the wicket-gate bythe butcher's shop that led to the field path to her home. Outside thepost-office stood a no-hatted, blond young man in gray flannels, who waselaborately affixing a stamp to a letter. At the sight of her he becamerigid and a singularly bright shade of pink. She made herself serenelyunaware of his existence, though it may be it was his presence that senther by the field detour instead of by the direct path up the Avenue.

"Umph!" he said, and regarded his letter doubtfully before consigning itto the pillar-box. "Here goes," he said. Then he hovered undecidedly forsome seconds with his hands in his pockets and his mouth puckered to awhistle before he turned to go home by the Avenue.

Ann Veronica forgot him as soon as she was through the gate, and herface resumed its expression of stern preoccupation. "It's either now ornever," she said to herself....

Morningside Park was a suburb that had not altogether, as people say,come off. It consisted, like pre-Roman Gaul, of three parts. There wasfirst the Avenue, which ran in a consciously elegant curve from therailway station into an undeveloped wilderness of agriculture, with big,yellow brick villas on either side, and then there was the pavement, thelittle clump of shops about the post-office, and under the railway archwas a congestion of workmen's dwellings. The road from Surbiton andEpsom ran under the arch, and, like a bright fungoid growth in theditch, there was now appearing a sort of fourth estate of littlered-and-white rough-cast villas, with meretricious gables and verybrassy window-blinds. Behind the Avenue was a little hill, and aniron-fenced path went over the crest of this to a stile under anelm-tree, and forked there, with one branch going back into the Avenueagain.

"It's either now or never," said Ann Veronica, again ascending thisstile. "Much as I hate rows, I've either got to make a stand or give inaltogether."

She seated herself in a loose and easy attitude and surveyed thebacks of the Avenue houses; then her eyes wandered to where the newred-and-white villas peeped among the trees. She seemed to be makingsome sort of inventory. "Ye Gods!" she said at last. "WHAT a place!

"Stuffy isn't the word for it.

"I wonder what he takes me for?"

When presently she got down from the stile a certain note of internalconflict, a touch of doubt, had gone from her warm-tinted face. She hadnow the clear and tranquil expression of one whose mind is made up. Herback had stiffened, and her hazel eyes looked steadfastly ahead.

As she approached the corner of the Avenue the blond, no-hatted man ingray flannels appeared. There was a certain air of forced fortuity inhis manner. He saluted awkwardly. "Hello, Vee!" he said.

He hung vaguely for a moment as she passed.

But it was clear she was in no mood for Teddys. He realized that he wascommitted to the path across the fields, an uninteresting walk at thebest of times.

"Oh, dammit!" he remarked, "dammit!" with great bitterness as he facedit.

Ann Veronica Stanley was twenty-one and a half years old. She had blackhair, fine eyebrows, and a clear complexion and the forces that hadmodelled her features had loved and lingered at their work and made themsubtle and fine. She was slender, and sometimes she seemed tall, andwalked and carried herself lightly and joyfully as one who commonlyand habitually feels well, and sometimes she stooped a little andwas preoccupied. Her lips came together with an expression betweencontentment and the faintest shadow of a smile, her manner was one ofquiet reserve, and behind this mask she was wildly discontented andeager for freedom and life.

She wanted to live. She was vehemently impatient--she did not clearlyknow for what--to do, to be, to experience. And experience was slow incoming. All the world about her seemed to be--how can one put it?--inwrappers, like a house when people leave it in the summer. The blindswere all drawn, the sunlight kept out, one could not tell whatcolors these gray swathings hid. She wanted to know. And there was nointimation whatever that the blinds would ever go up or the windows ordoors be opened, or the chandeliers, that seemed to promise such a blazeof fire, unveiled and furnished and lit. Dim souls flitted about her,not only speaking but it would seem even thinking in undertones....

During her school days, especially her earlier school days, the worldhad been very explicit with her, telling her what to do, what not to do,giving her lessons to learn and games to play and interests of the mostsuitable and various kinds. Presently she woke up to the fact that therewas a considerable group of interests called being in love and gettingmarried, with certain attractive and amusing subsidiary developments,such as flirtation and "being interested" in people of the opposite sex.She approached this field with her usual liveliness of apprehension. Buthere she met with a check. These interests her world promptly, throughthe agency of schoolmistresses, older school-mates, her aunt, and anumber of other responsible and authoritative people, assured her shemust on no account think about. Miss Moffatt, the history and moralinstruction mistress, was particularly explicit upon this score, andthey all agreed in indicating contempt and pity for girls whose mindsran on such matters,
Next > 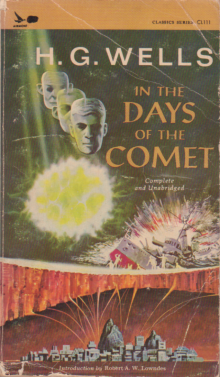